KENNETH PELOKE'S work has been featured in Western Art Collector, In Style, Luxe, Western Art & Architecture and is displayed in both public and private installations throughout the world including China, Singapore, Austrailia, New York, Scottsdale, Jackson Hole and Sun Valley, ID.

Born 1978 in rural New York, Ken is the youngest of four children who were raised by a single mother. He began painting and drawing at the age of seven. Without proper art materials readily available Ken used crayons, pens, house paint, cardboard, the backside of scrap wallpaper and even the walls in the house to sketch his drawings.

At the age of nine Ken and his family moved to Arizona where private oil painting lessons and a trip to Sedona, Arizona, inspired him to paint landscapes.  He continued his art education progressing through various subject matters and mediums but eventually pursued a seemingly more practical road in Graphic Design. Unknowingly, this would prove to be beneficial to his creative process just a few years later.

At just twenty-nine he began painting professionally focusing on abstract pieces inspired from non-subjective forms in his mind and raw energy. ”Staring at a blank canvas with no image to reference creates an indescribable excitement and feeling of anticipation.” Today he uses both the subjective as well as the abstract in his work. Although his latest pieces reflect a culmination of his experiential background Peloke prides himself on his versatility. There will always be something new to explore and more excitement to come.

Best in Show, Downtown Phoenix Festival of the Arts, March 2010 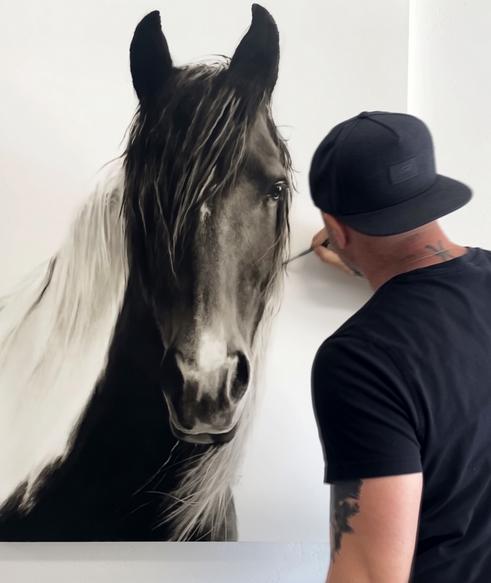